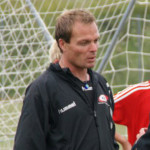 Hailing from a small city called Vejle in south-east Denmark, Klaus Larsen grew up playing football from the age of five. He never would have dreamed of just how far this sport would eventually take him – both playing football professionally and coaching the game. As Klaus explains, “Even before going to club for practice I usually played every day in the school and after school with friends. Football is my passion and life.” 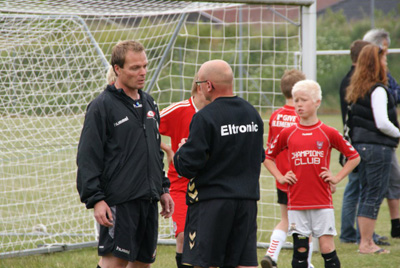 He moved to the Philippines in 2012 and since then has been involved in coaching the sport across the country, mostly using the Coerver Coaching Program, of which he is a qualified coaching master. Coerver is globally recognized as the premier method for teaching children on the skills and understanding of the game of football. He also promotes and coaches street football (futebol de salao), a different format of the game originating from the streets of Brazil.

As Klaus points out, “I came here to the Philippines because I wanted the youth to develop football skills at an early age as a sport and also to help the children grow their passion for football. When you grow up you have the tools to do what you like, so you just need the passion to drive it.”

These days, Klaus works on his fitness program daily and practices his skills and techniques on most days of the week. This keeps his football mind sharp and his body finely tuned to the rigors and demands of his sport.