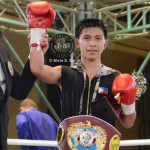 Juan Miguel Elorde was born into Filipino boxing royalty – the grandson of the legendary Gabriel ‘The Flash’ Elorde, a world champion Junior Lightweight fighter, and still considered one of the greatest fighters in the history of the sport.

‘Migs’ as Juan Miguel is well-known, graduated from the College of St. Benilde with a major in Culinary Arts. He started boxing when he was 14yrs old as an amateur fighter and turned professional after finishing his studies.

He is the current WBO Asia Pacific Super Bantamweight champion, a fight he won against Thailand’s rugged Tabthong Tor Buamas in 2015. He took his opponent down in that fight with a series of stinging left jabs and some impressive combinations. 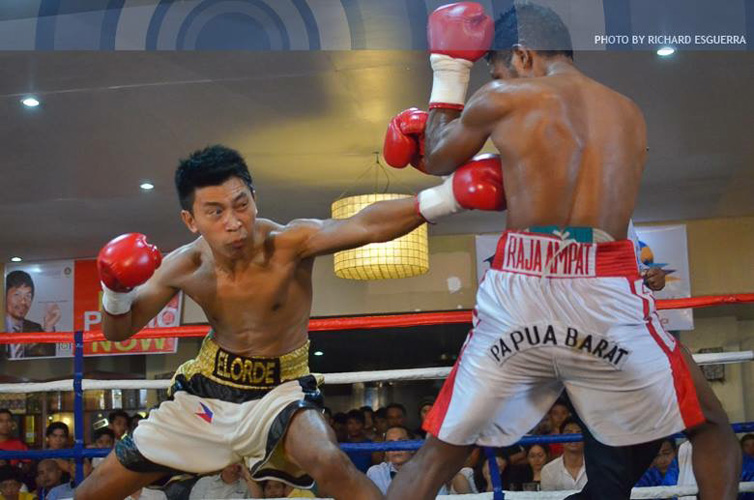 At the age of only 29, he has a number of fighting years left in him and the Philippines hopes he can climb the world rankings in the years to come.

1. What is a typical day like for a professional boxer?

I wake up at around 6 in the morning and jog for about an hour then have breakfast and take a rest. I eat early lunch and get ready for training from 1-3pm.

2. What got you into boxing?

3. Who is your favorite boxer and why?

Aside from my father and my grand father my other favorite boxers are Diego Corales and Felix Trinidad because of their strong willed-power and heart.

4. What is your philosophy on boxing?

Boxers are made in the gym, they are not born.

5. What was the greatest challenge in your boxing career?

When I fought for the WBO Asia Pacific Title and being crowned as the champion.